My husband was injured by the COVID vaccine mandates. After 30 years working at the same Long Term Care Home, after 2 years of unhesitatingly working in COVID-positive patient rooms, after all that, he was threatened with “leave without pay” which is simply constructive dismissal, unless he submitted to the COVID experimental injections and boosters. The hostility from his boss and his coworkers was off the charts. His stress levels were off the charts. His union, CUPE did utterly NOTHING to help him.

He broke down and, against my wishes, took the first shot, felt like he was having a heart attack for the next week and refused to take any more. As far as I am concerned, he has destroyed his own immune system.

I remain 100% UN-vaccinated and continue to advocate for health freedom.

And now the UNIONS who abandoned their members are crying that they need more staff at long term care homes!

Canada Rights and Freedoms to refuse an experimental medical procedure.

Fill out the form below if you wish to dispute this accusation. 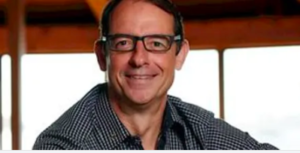