Vigorously promotes the injection and injects it into hundreds at the clinic telling people it is the new way of vaccines and how wonderful the new science has allowed for better prevention of sickness. 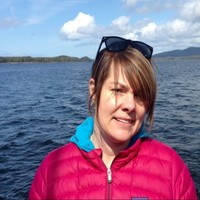 While I attended an appointment at her office she started to promote the gene therapy shot ,aka covid vax, at which time I vehemently refused. She continued to push it stating that it was very safe and that this shot was produced with the newest delivery system of the mRNA technology and that it was going to change the way inoculations would be produced in the future. Myself being an RN was horrified at what I was being subjected to and I asked her if she even knew what was in these things like Graphene Oxzide in which she replied, “Whats That ?”. It was at this time that I got up and left her office in horror thinking that her knowledge, or lack there of, of what she is injecting into all these people with her speech about how wonderful this drug was was going to end badly for her and many others . She is NOT informed about its actual ingredients or its purpose and has sold these lies to many trusting people. This SICKENS me.

To protect the person’s in which she is offering health care services.

Fill out the form below if you wish to dispute this accusation.